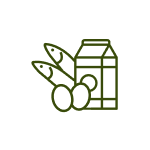 Animal Husbandry, Dairying and Fisheries activities, play a prominent socio-economic role in India. They further also play a significant role in generating gainful employment in the rural sector, particularly among the landless, small and marginal farmers and women, besides providing cheap and nutritious food to millions of people.

Livestock production and agriculture are intrinsically linked, each being dependent on the other, and both are crucial for overall food security. According to estimates of the Central Statistics Office (CSO), the value of output livestock sector was about Rs. 9,17,910 crore
during 2016-17 which is about 31.25% of the value of output from the agricultural and allied sectors.

India continues to be the largest producer of milk in the world. Several measures have been initiated by the Government to increase the productivity of livestock, which has resulted in increasing the milk production significantly.

Poultry production in India has taken a quantum leap in the last four decades, emerging from an unscientific farming practice to a commercial production system with state-of-the-art technological interventions.

Fisheries and aquaculture are important sources of food, nutrition, employment, and income in India. The sector provides livelihood to more than 20 million fishers and fish farmers at the primary level and twice the number along the value chain. Fish being an affordable and rich source of animal protein is one of the healthiest options to mitigate hunger and malnutrition. The sector has immense potential to double the fishers and fish farmers’ incomes as envisioned by the government and usher in economic prosperity.
CII National Committee on Fisheries, Animal Husbandry & Dairying, is working towards strengthening the growth of allied sectors. The Committee is focusing on designing special programs to enable small farmers to improve their capacity to go for high-value
commercial activities in fisheries, animal husbandry, and dairying.